The Amazon Divorce: How a Prenup Could Have Helped Make the Process Much Easier 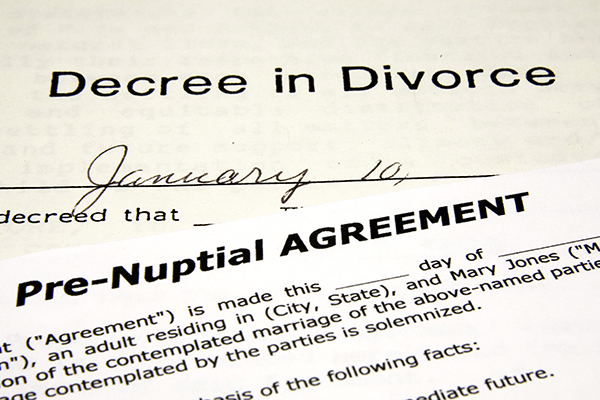 Jeff Bezos, the CEO of Amazon, and his wife of 25 years, MacKenzie, are getting divorced. While the two stated they plan to keep things amicable, divorce, more often than not, brings out the worst in people. With allegations of cheating and $137 billion on the table, the Amazon divorce, which is taking place in a community property state, could get ugly especially since there was no prenup.

Why Didn’t They Have a Prenup?

It’s certainly easy to see from the view of the average person why there was no prenup in place. Bezos grew up as the son of a teen mom. While his mom was married to his biological father, they divorced. Bezos was adopted by his step-father, Miguel Bezos. Although Bezos certainly has an impressive educational background, he certainly wasn’t the money mogul he is now.

Bezos met his wife in 1992. They married a year later. In addition to marrying MacKenzie in 1993, Bezos accepted $300,000 to help fund what would eventually become Amazon. At the time of the marriage, Bezos wasn’t the billionaire he is now. He was a man with big dreams.

Most average people who work normal jobs or who want to start a small business don’t generally think about getting a prenup. Since they’re not wealthy, they don’t think that there’s anything that a prenup could do for them. Besides, marriage is all about love, right?

Except That Marriage Is a Contractual Agreement

We would never dismiss the romantic notion of love as the main foundation of marriage. It should be the reason why people marry. Yet, the fact is that getting married creates a contractual agreement between the parties. Depending on the state where that union occurs (or, rather, the state where at least one of the parties is a resident of at the time the divorce is filed), the money and other assets that come into the marriage could be up for grabs even if those things were solely acquired by only one spouse. (And, no, we are not dismissing the important role MacKenzie played both with Amazon and as a wife and mother.)

When a contract is terminated, the laws of the state come into play. In the case of divorce, it means the division of assets. Generally, a couple may go into mediation to try and decide who will get what in a divorce. That makes the process faster and a bit easier than fighting in court. Yet, again, divorce makes people act in ways you’d never think they could or would. Long, drawn out divorces (especially where enormous sums of money are involved) can be financially and emotionally devastating to both sides.

How a Prenup May Have Helped Smooth Out the Divorce Process

Prenups can be worded in a way that not only outlines how current assets brought into the marriage will be divided but also provides for assets (such as successful businesses and money) that are built during the marriage. As an innovative man, a prenup could have helped Bezos protect the billions of dollars that are now sitting on the table.

Every marriage (and potential marriage) is different. However, it’s always important to think about the future. This is even more true if you are marrying or remarrying and you have minor children from a previous relationship. To learn more about prenups and how they could help you in the future, contact us by using our form or by calling 214-265-7630.